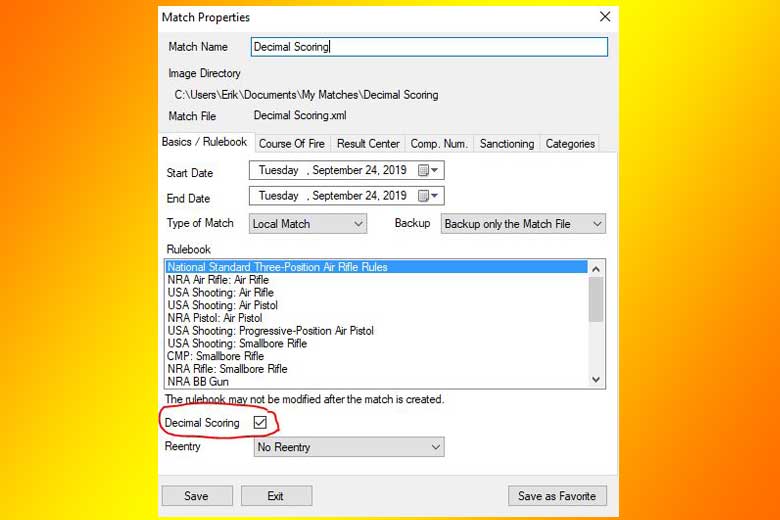 The company says that they have made it easy to use decimal scoring and that it can be enabled with any of their targets. Internally, Orion actually scores every shot with decimal ring precision. Scores are only reported with integer values when the user turns off scoring in decimal.
Decimal scoring can be enabled within Orion’s Match Properties when the match is created. Please note, though, it must be enabled at the time the match is created. It is one of the few settings that can not be changed after the match is set up.
Orion has also produced this useful introduction to scoring in decimal. It’s well worth reading as it clearly explains the advantages and benefits that this scoring system can provide to both competitors and coaches…
Many coaches, athletes, and spectators may not be familiar with ‘decimal scoring.’ It is, after all, is relatively new to the shooting sports. The system applies when the scoring rings on a target are further divided down into 10 sub-rings. Instead of having scores like 10s, 9s, and 8s as is done with integer scoring, when scoring in decimal you have scores like 10.2s, 9.8s, and 8.4s. 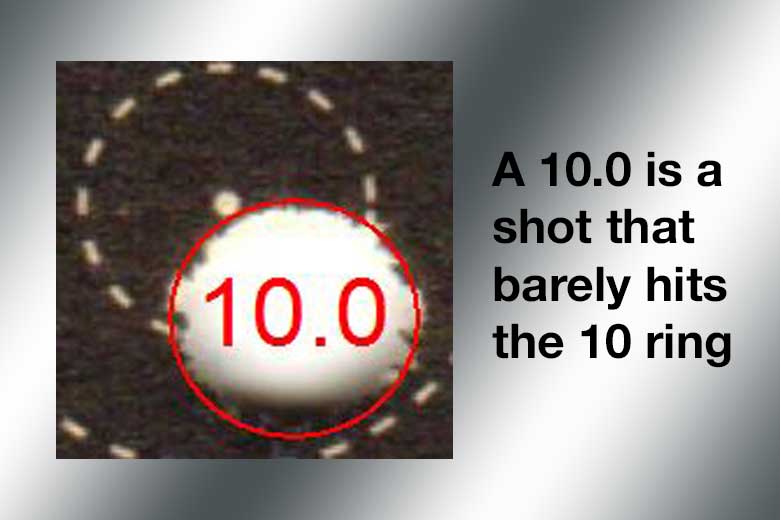 With decimal scoring, the highest value shot is a 10.9; this is a shot that is very nearly perfectly centered on the target. A 10.0 is a shot that just barely hits the 10 ring. A 9.9 is a shot that is just outside of the 10 ring. In a ten shot series, a perfect score would be 109.0. This, to our knowledge, has never been done. The top air rifle athletes in the world, though, average scores in the 105.0 to 106.0 range, and sometimes better.
A great advantage of decimal scoring is that the difference between a 10.0 and a 9.9 is only .1 points. Consider two athletes, the first fires five 9.9s in a row. The second fires five 10.0s in a row. With decimal scoring, the score difference is just .5 points. But in integer scoring, the difference would be a whopping 5 points, despite the fact the shots were nearly the same distance from the center. 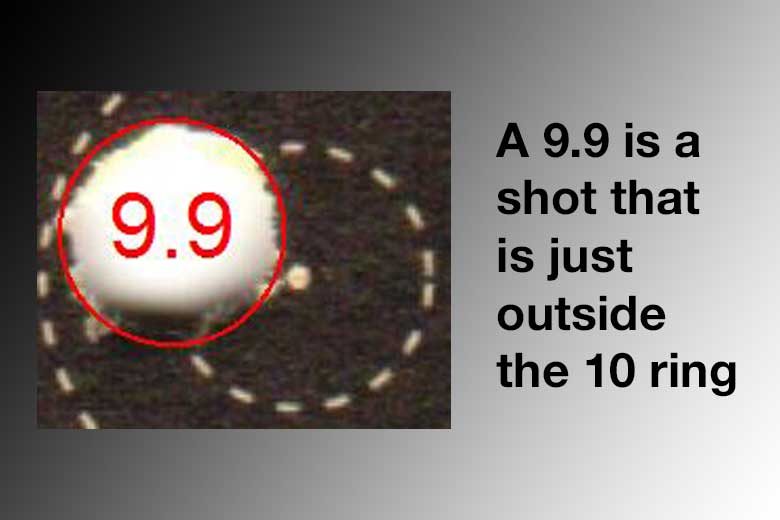 Integer scoring has been around for over a century. It was invented in 1901 with the adaptation of the 10 ring target. At the time, this was a bit of a technological breakthrough. For the first time, the value of any single shot could be quantified beyond just hit or miss. For nearly 100 years it was the best method the sport had to measure athlete performance. It routinely and correctly identified the top shooter at any given match. But as time went on, athletes got better and a new approach had to be invented.
Scoring in decimal began widespread use after the 1984 Olympics and implemented to score Finals. At the time, all Rifle and Pistol events had the top 8 athletes after qualification come back and shoot 10 additional shots. This is known as the Finals. The scores fired in the Final, scored in decimal, were added to the qualification score to determine the winner. Scoring in decimal was used then because it helps reduce ties and is more exciting to spectators.
Recently, decimal scoring has been adopted for all Air Rifle and 50m Prone qualification events internationally. The reason was simple. Athletes became so good that perfect scores, or scores 1 or 2 points shy of perfect, were routine. Differentiating between all these great scores was impossible. By adopting decimal scoring, the athlete performances could once again be separated and the best athlete named! 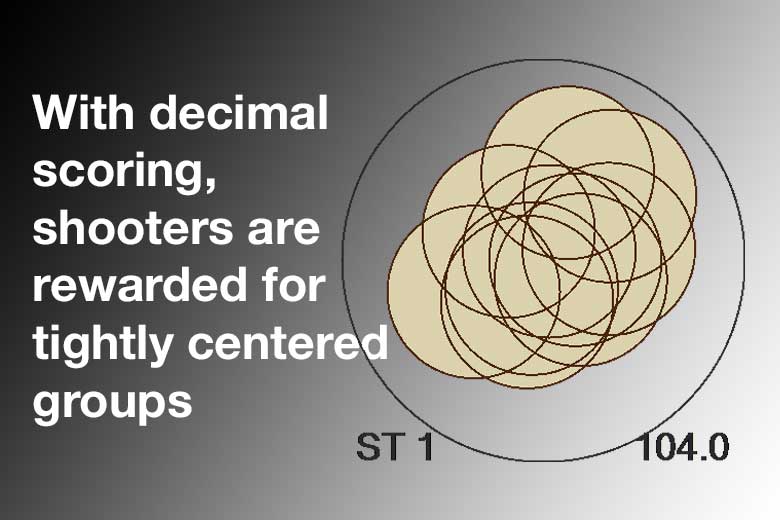 Today, here in the United States, decimal scoring is used by USA Shooting and the National Three-Position Air Rifle Council in all standing air rifle events. It was used successfully in the 2018 Daisy National BB Gun Championships. And it is used in practically all Rifle and Pistol Finals events (25m Pistol events technically use a hit-miss format in Finals, but this is based on decimal values).
There are many advantages to this scoring system. It is more exciting to spectators and the top athletes’ performances can be differentiated helping to make sure the best athlete or team wins. Decimal scoring also reduces the luck involved in scoring, reduces the number of ties, and is a more precise way of measuring scores.

The company is running a series of webinars on using the Orion Scoring System. Coming soon are:

You can Register for Orion’s Upcoming Webinars through this link.