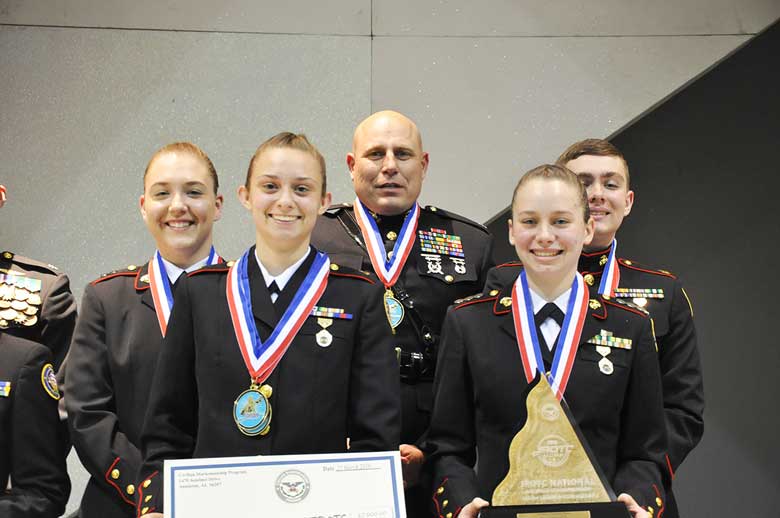 That’s exactly what they did, and more, as they brought home not only team awards, but also individual wins in the precision class.

Each day consists of a qualifying match, followed by a finals event for the Top 8 highest scoring athletes of the day. Overall winners are determined from scores collected from both days. 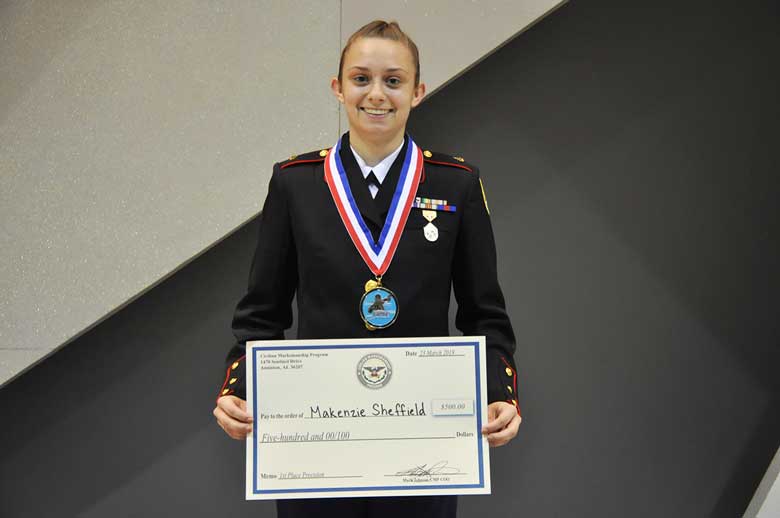 Granbury High School Team member Makenzie Sheffield, 18 – above, helped lead the Texas natives by earning first place in the overall precision individual competition, with a score of 1287.2. Sheffield led the precision class both days of the two-day competition after coming out on top of the eight-competitor final held at the conclusion of each day.

Only one-point shy of Sheffield’s overall score was teammate Philip Becker, 17, who accumulated a score of 1286.4 over the course of the weekend. Last year’s National Champion, Taylor Gibson, 18, of North Salem High School’s Army JROTC in Oregon, earned the third place with a score of 1282.7 in the precision match.

With half of its members earning podium spots and the other half (Clarissa Layland and Elizabeth Plecity) landing in the Top 15 overall, Granbury High School took home the overall team competition for the second consecutive year, with a score of 4704-324x. 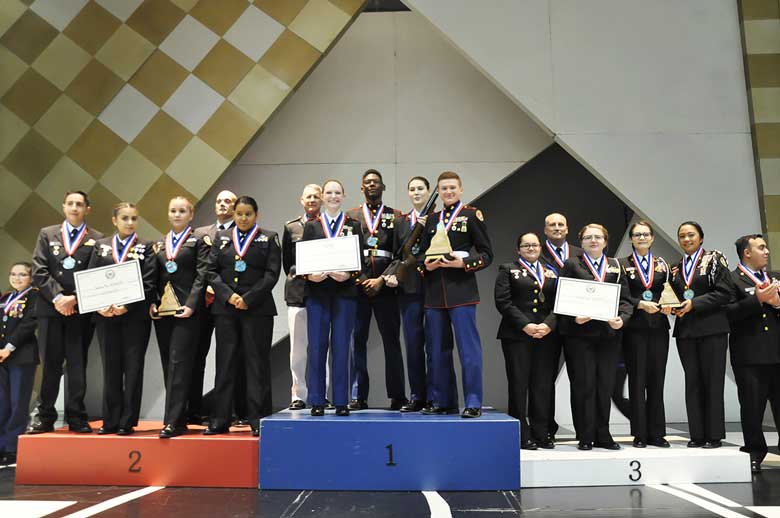 Fraser clinched the competition after claiming the Day 1 final and finishing just behind Kalenza in second on Day 2.

The CMP was proud to exhibit the talent and efforts of each junior participating in the JROTC Air Rifle Championships. Congratulations to all, and we look forward to next year!

For a complete list of results, visit the Competition Tracker page at https://ct.thecmp.org/app/v1/index.php?do=match&task=edit&tab=results&match=18093. Photos from the event, available for free download and for purchase, can be viewed at https://cmp1.zenfolio.com/f546434324.

The road to the JROTC National Championship begins with the JROTC Postal Competition in October, with qualifying teams and individuals moving on to the Regional Service Championships in February at Camp Perry, Ohio; Anniston, Ala.; and a western location.

The National Championship is a two-day competition that follows the same format as the Postal and Regional matches, where competitors fire in three positions – prone, standing and kneeling.

During Nationals only, the Top 8 competitors of the day from the precision class and the Top 8 from the sporter class then compete in a 10-shot final, vying for daily gold, silver and bronze medals.

Aggregate scores of each athlete from each day of competition (plus finals) are then combined to determine the overall best junior marksmen in the country amongst all four military branches.

For more information on the JROTC Championships, visit http://thecmp.org/air/jrotc-air-rifle-national-championship/.