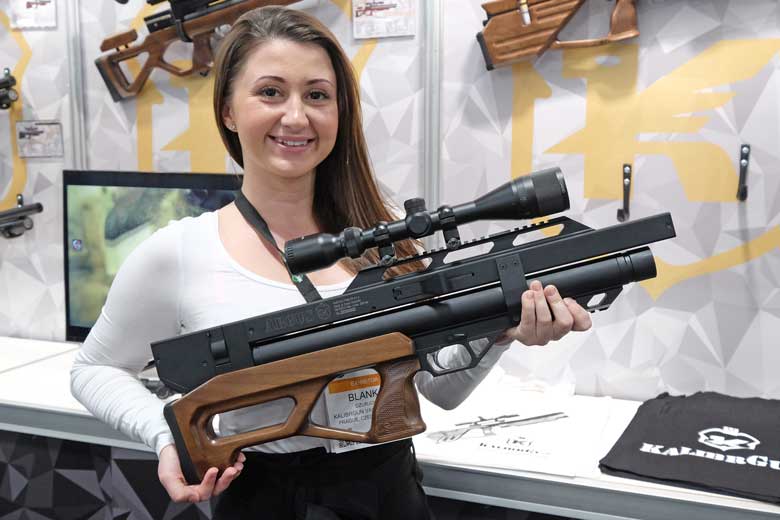 The KalibrGun Argus 45 W is a new .22 caliber bullpup PCP air rifle from the Czech manufacturer. It has a 13-shot rotary magazine and a mid-mounted sidelever cocking action – a first for KalibrGun.

The KalibrGun Argus also features a new rotary pellet magazine. The 17.7-Inch long barrel has 12 grooves and is choked, with a 17.7 Inch twist rate, says the manufacturer. 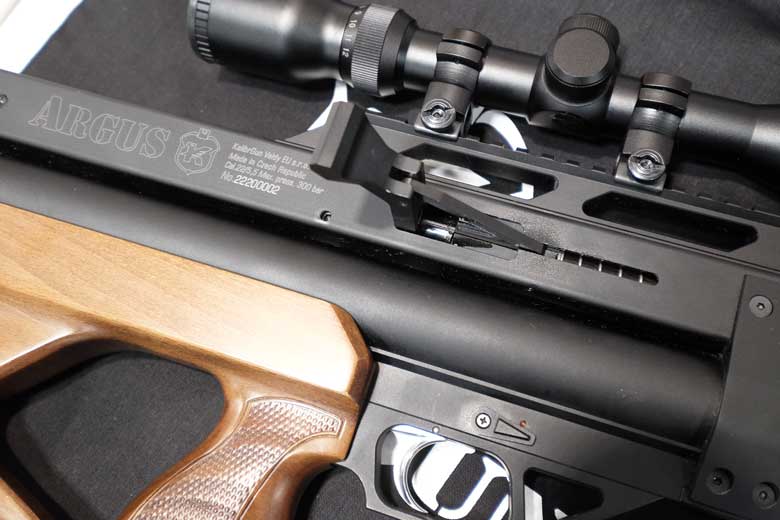 As usual with KalibrGun air rifles, there’s a Picatinny rail for scope mounting, an adjustable trigger and a 300 Bar (4,350 PSI) fill pressure. KalibrGun seems to be on a rolling, one year product introduction cycle. Last year we saw the Caypbara at the IWA Show in March – this year it’s the KalibrGun Argus at the SHOT Show in January.

Gamo was showing a new, upgraded 10-shot magazine for their 10X Gen 2 Low Profile breakbarrels. Called the Inertia Feed mechanism, compared to the regular model, the visual difference is a white pellet clip, as shown below. 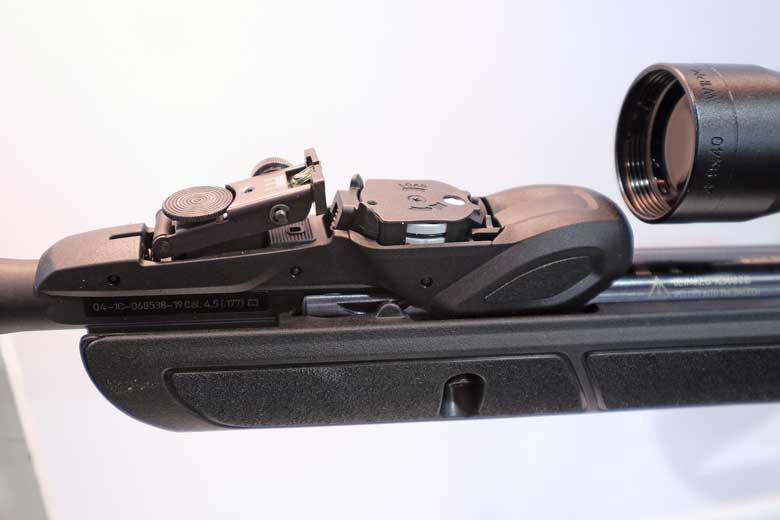 Gamo’s Inertia Feed Mechanism is said to remove the possibility of double-loading a pellet. The magazine rotates and insert a pellet into the breech using the inertia of the recoil when shooting the air rifle. Gamo also claims that it offers smoother operation and improved accuracy compared to the previous magazine design.

Stoeger Airguns launched their first PCP air rifle at the 2019 IWA Show. Like the KalibrGun Argus, we first see it in the USA at the 2020 SHOT Show. 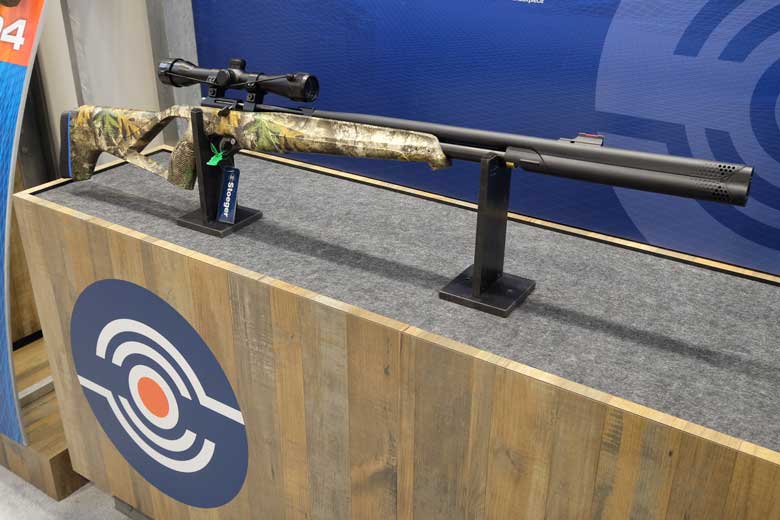 The Stoeger Airguns XM1 is available with a stylish synthetic stock, with and without an ingenious front silencer assembly. It’s ingenious because of the way it allows the front-mounted pressure gauge to be viewed. Mechanically, the XM1 looks very similar to the Diana Stormrider… 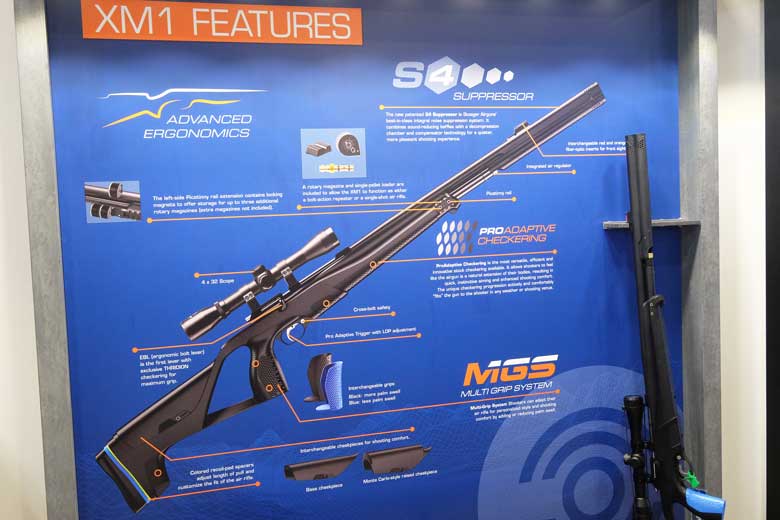 Back at Velocity Outdoor, Product Manager Heidi McIntosh showed me a new low-end springer that’s equipped with a silencer. It’s an upgrade to the Crosman Shockwave NP and will likely sell by the thousands at big box sporting goods stores around the country. 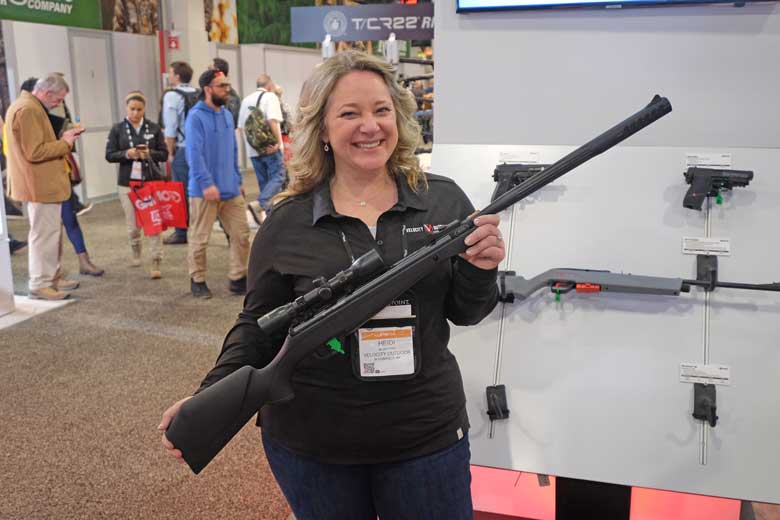 The Crosman 1077 has been around for close to ever. But for 2020 it receives a makeover as the 1077 Freestyle with a red and gray colorway to the design.

Product Manager Jesse Newman told me the intention is to give this fast-firing CO2-powerd air rifle a new, “non threatening look” that will appeal to young supervised shooters and their parents. 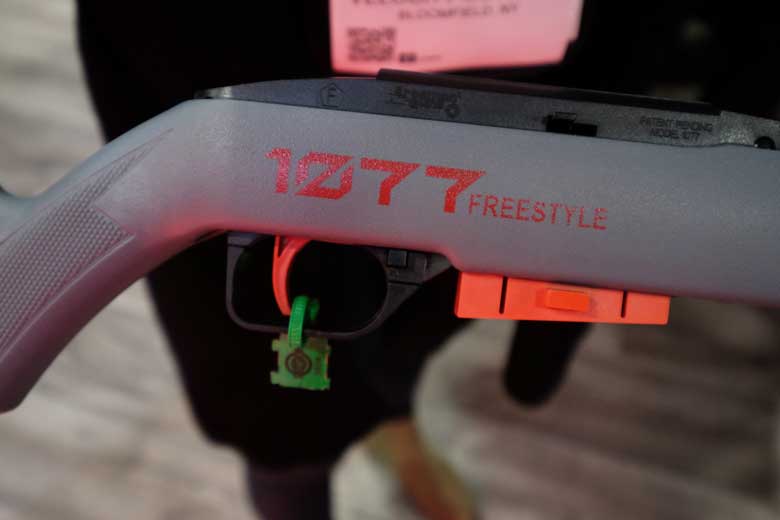 Hawke Optics used the SHOT Show to introduce a range of First Focal Plane riflescopes. These included the Airmax 4 – 16 x 50 SF model. This has a wide angle of view, 30 mm tube, side focus to 10 yards and capped target turrets. 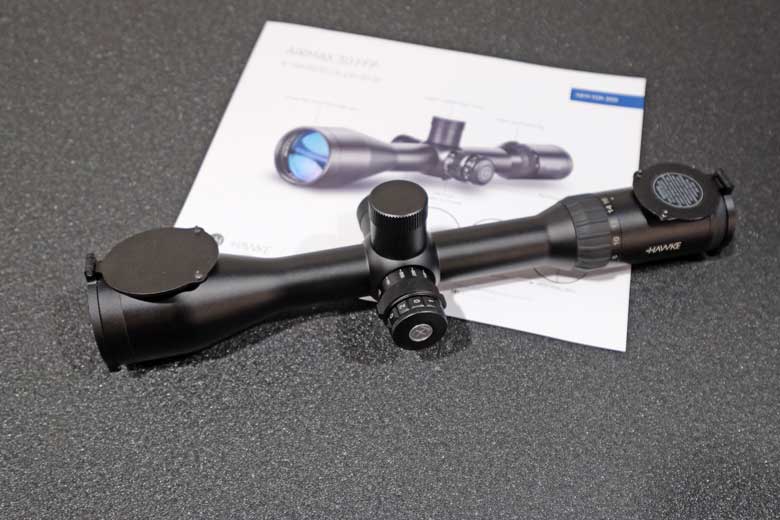 It’s a fact that many airgunners want their air rifles to be as quiet as possible. But it’s also true that many love shooting reactive targets – especially ones that explode with a flash, loud noise and smoke when hit!

Firebird Targets was showing their new Firebird 50 Bio targets which satisfy all these criteria, will react when hit by most any US-specification pellet rifle and are said to be completely biodegradable. They’re to be available in March 2020. 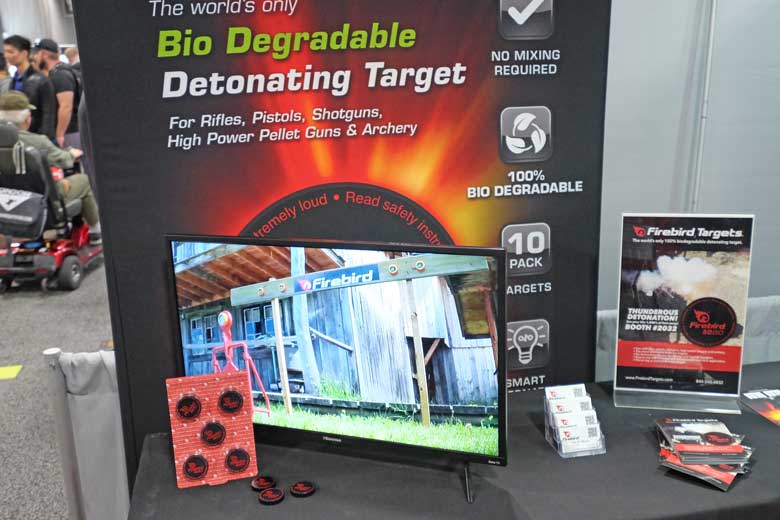 And finally, HAM first brought you information about Norma airgun pellets back in March 2019. We’ll now they’ve been shown at the 2020 SHOT Show, too. HAM Publisher Stephen Archer was not able to find any confirmation on price or availability, but it looks like they may be getting closer… 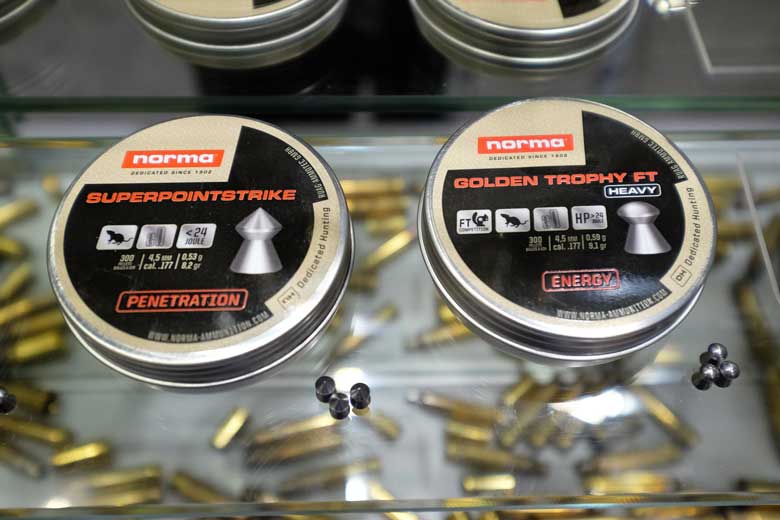 So that’s the final HAM report from the 2020 SHOT Show. I hope that you’ve found them enjoyable and interesting!

There’s been a ton of new airgun news, as we can see. Our next show reports will be from the IWA OutdoorClassics Show in Germany in March. Usually that has even more new airgun introductions that the SHOT show. We’ll find out soon for 2020…