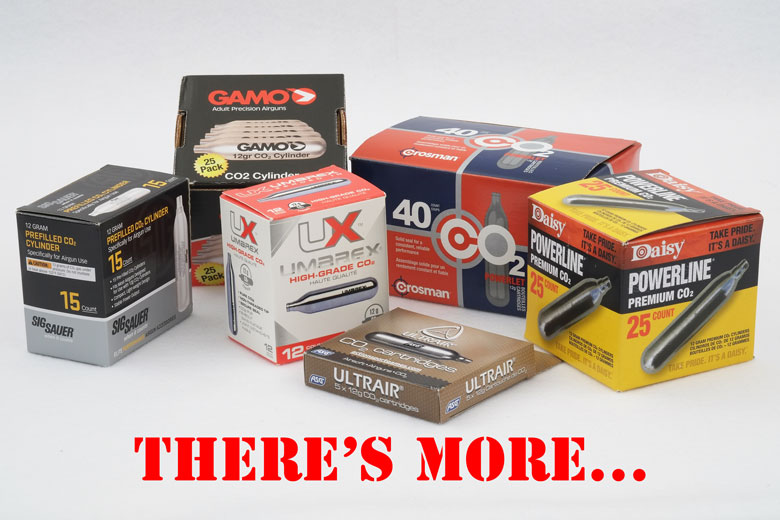 Daisy-branded 12 Gram CO2 cartridges are manufactured in Taiwan. They’re available in boxes of 5, 15 and 25. 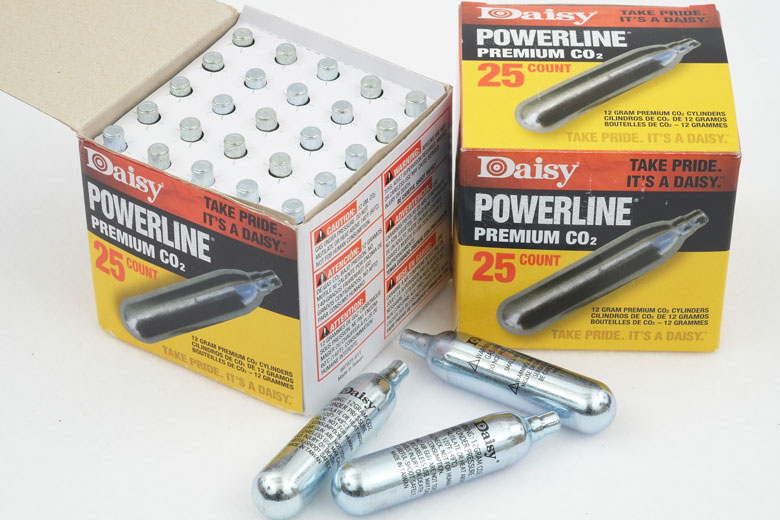 As you can see, the packaging includes a card spacer to hold the necks of the cartridges and prevent them from moving around so much in shipping.

As before, HAM Tester Doug Wall weighed the cartridges using an incredibly-precise, laboratory-grade balance. Here’s what he found when he weighed the Daisy 12 Gram CO2 cartridges straight from the box. 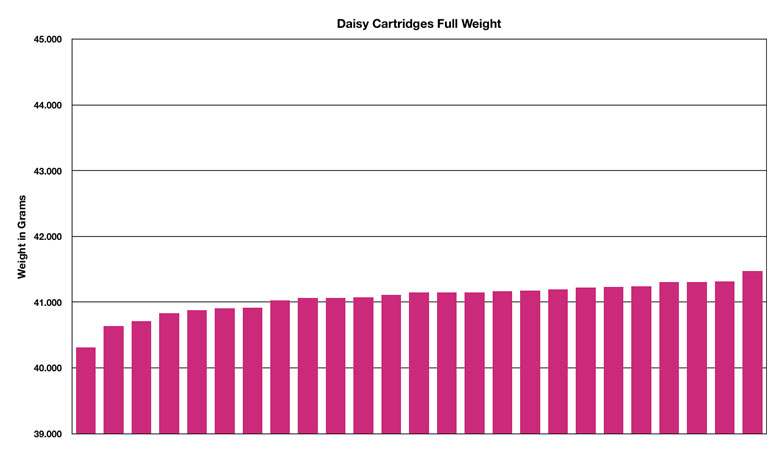 After puncturing, the weights of the empty cartridges can be seen in the chart below. 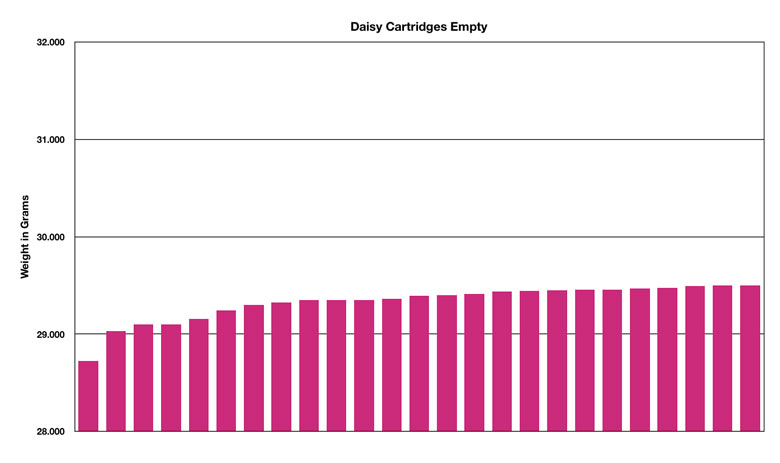 With an average empty weight of 29.330 Grams, the lightest Daisy cartridge weighed by HAM scaled 28.720 Grams. The heaviest weighed 29.502 Grams.

After taking one set of weights from the other, we’re left with the amount of CO2 that had been contained in the Daisy 12 gram CO2 cartridges tested by HAM. 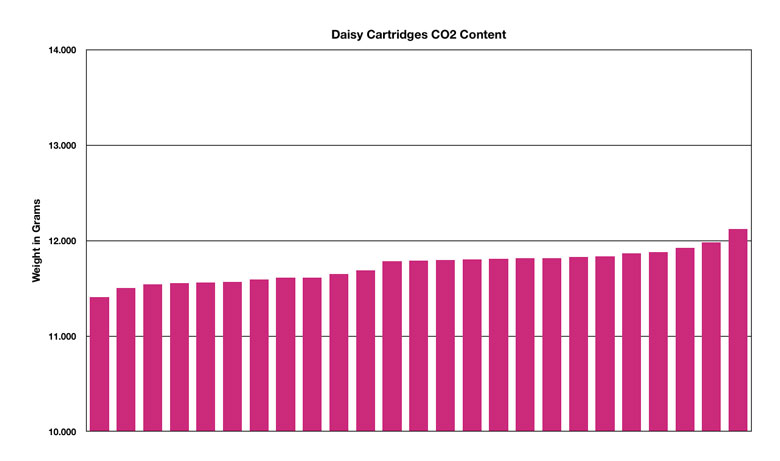 Somewhat surprisingly, the Daisy 12 Gram CO2 cartridges tested by HAM contained an average of 11.734 Grams of CO2. The smallest amount of CO2 was 11.410 Grams, while only one cartridge that we tested actually contained more than 12 grams. That was 12.124 Grams.

The variation between largest and smallest CO2 content was good, however, at just 2.8%.

Gamo 12 Gram CO2 cartridges are available in packs of 5 and 25. Although Gamo and Daisy are actually owned by the same holding company, these Gamo cartridges are manufactured in a different country. It’s actually Hungary.

As you can see, the 25-count Gamo CO2 cartridge box was the strongest of all, being double-walled card. All the other boxes were lighter, single-wall card. 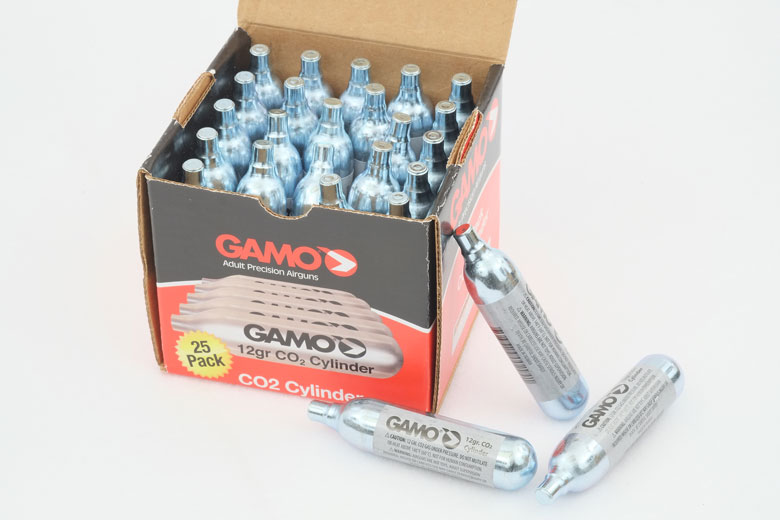 The Gamo 12 Gram CO2 cartridges are also unusual in having paper labels attached to them. All the other cartridges HAM tested has the labeling printed directly on to the steel surface.

As curious minds will want to know, we included the weight of the label in our measurements! 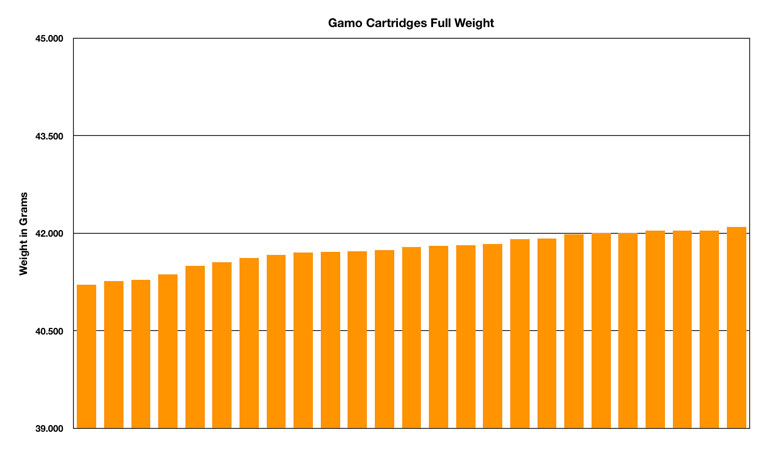 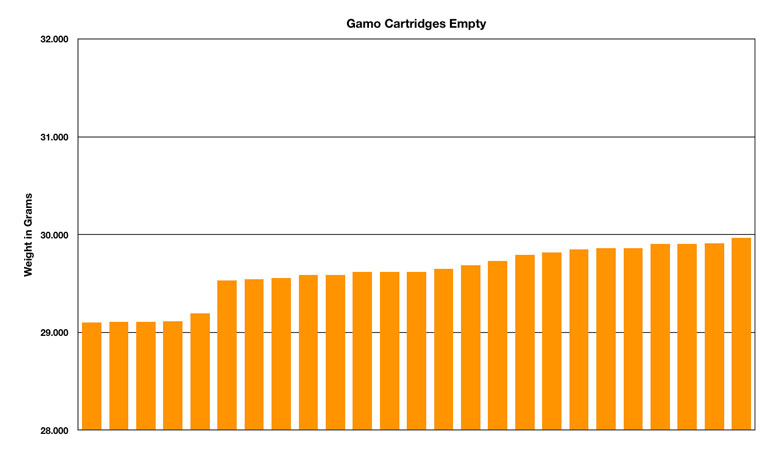 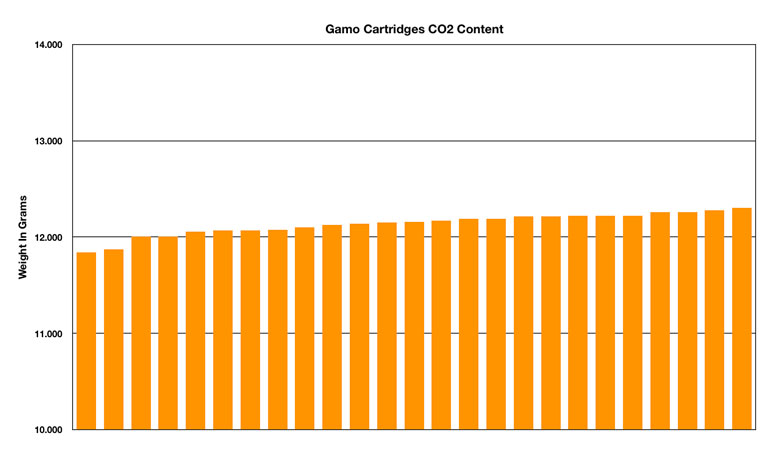 These 12 Gram CO2 cartridges are available in packs of 5, 15, 25 and 40. Like those from ASG and Daisy, they’re manufactured in Taiwan. 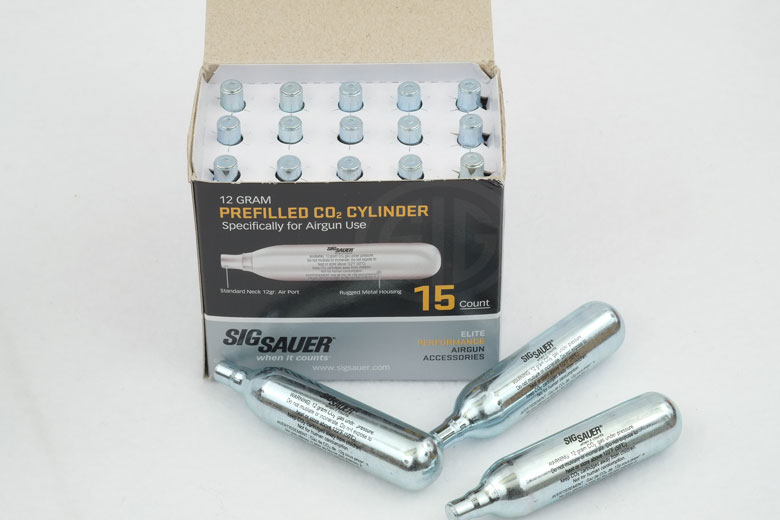 Again, there’s a card spacer to prevent movement in transit. 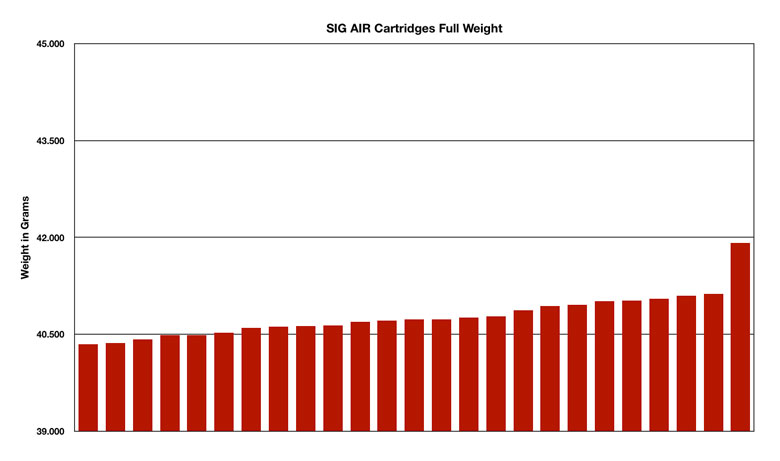 After piercing the cartridges and bleeding off the CO2, the empty weighs of the SIG SAUER 12 Gram cartridges tested by HAM averaged 28.895 Grams. The lightest was 28.456 Grams and the heaviest 29.181 Grams. 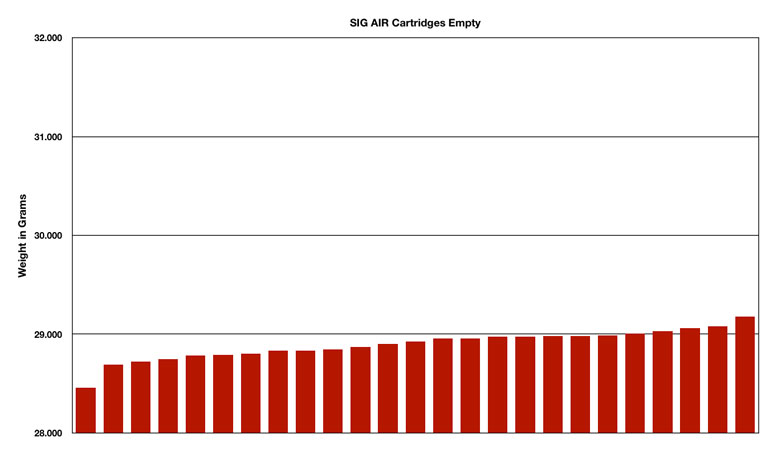 As we can immediately see from the chart below, that one heaviest cartridge had by far the most CO2 in it – actually 13.113 Grams. The smallest amount of CO2 in these cartridges tested by HAM was 11.557 Grams, giving a tight manufacturing fill variation of 3.46%. The average weight of CO2 was 11.557 Grams. 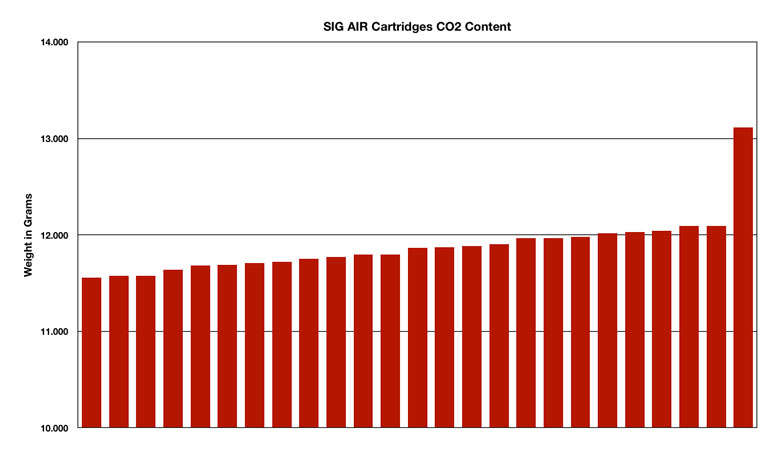 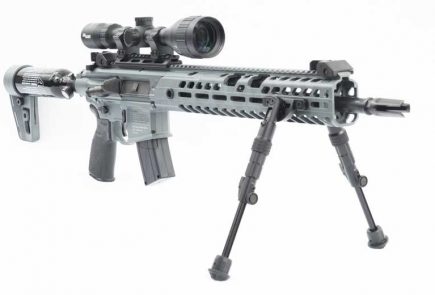 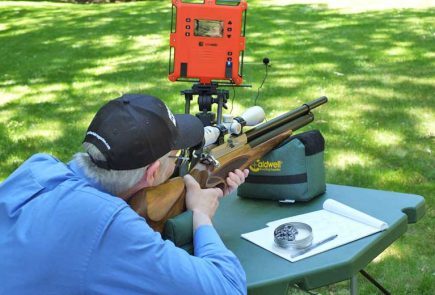 Labradar Tips And Tricks For Airgun Use
Read More 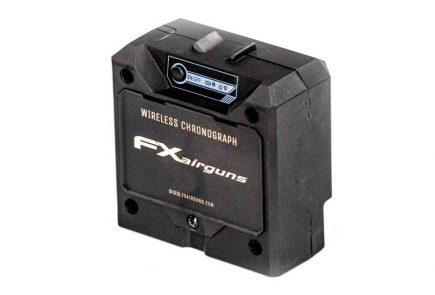