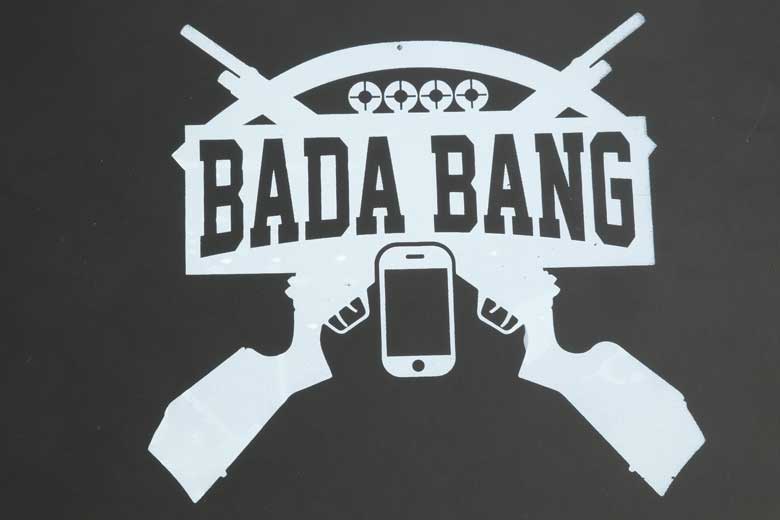 With many of us still under lockdown across the world, thoughts naturally turn to shooting at home. And the perfect indoor airgun shooting system is coming very soon!

Indoor target shooting implies an – at best – 10 Yard range for most of us. It requires an accurate airgun and a suitable target. In fact, a target system would be even better. And – while we’re wishing – let’s make that one that could be used to play against your friends who are “social distanced” far from you. 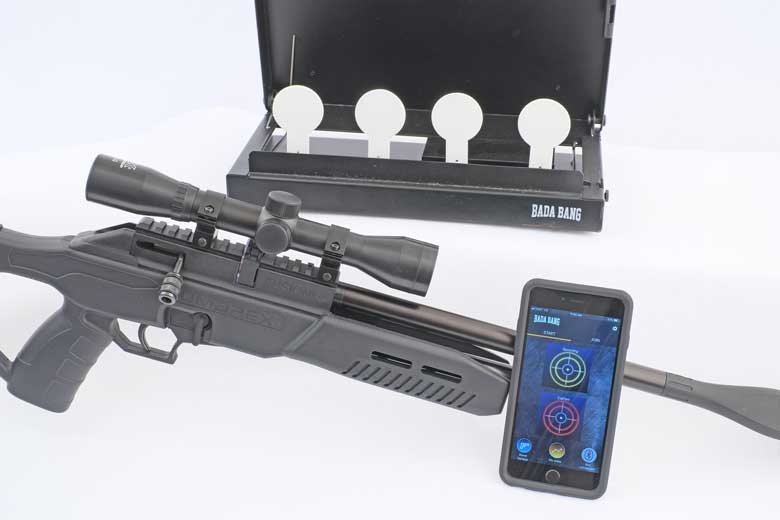 One element of this perfect indoor airgun shooting system is already with us. The Umarex Fusion 2 air rifle – paired with RWS Meisterkugeln Pistol pellets can give excellent accuracy for all the family.

Then we need a target. This is where the forthcoming Air Venturi BadaBang Interactive Target Shooting System comes in. 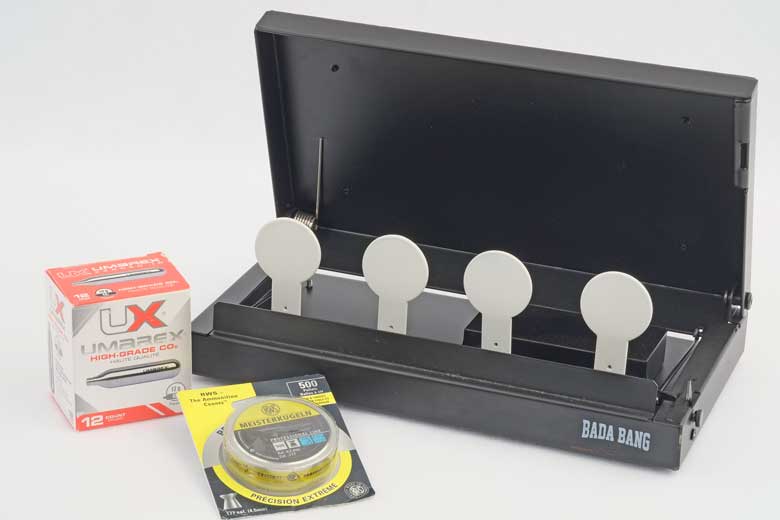 Back at the 2019 SHOT Show, Val Gamerman, the CEO of Air Venturi, told me that he hoped the BadaBang target will cost less than $100. Today’s Pyramyd Air web page shows $99.99! The cellphone app is free. Free is good, right?

Val tells me that Air Venturi has multiple BadaBang prototype systems in use. They’re “seriously shot up” from testing he said, “but still working just fine”.

Well, Air Venturi has not let-up on their development efforts. They’ve kept working at it and HAM recently received a “near final” version for testing. We also downloaded the latest updated BadaBang app (Version 1.04) and have this perfect indoor shooting system under the first stages of testing. 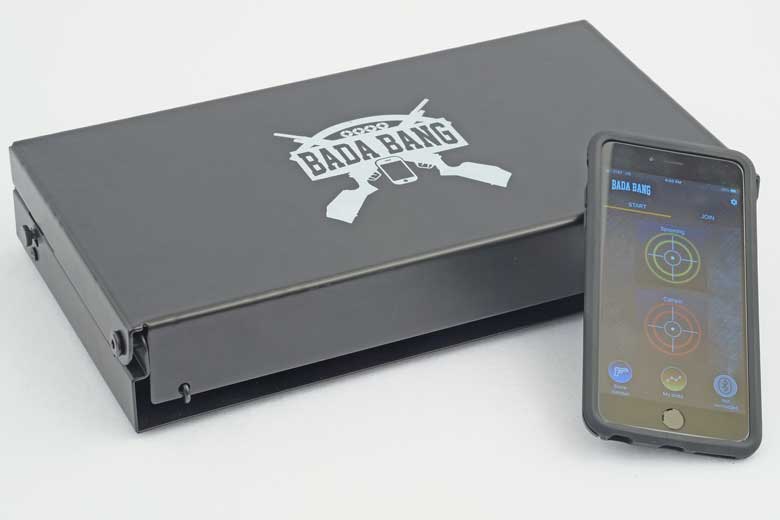 It comprises a simple-looking steel target box/trap. There are four paddles that are knocked down when hit by an airgun pellet. Each paddle is 1.75 Inches in diameter. Val told me that the paddles will fall with a hit from just about any power level up to 12 Ft/Lb Muzzle Energy.

With the steel box and target paddles, we’re looking at lead pellets or frangible BBs like Dust Devils for the ammunition. Alloy pellets and steel BBs will likely pose too much of a safety hazard from rebounds and ricochets. But for most of us, that’s unlikely to be an issue.

Inside the steel target box itself, there’s a black plastic box with an external switch and an indicator light. This is the electronic side of BadaBang target system. It’s powered by three AA batteries and they last a long time.

The BadaBang target connects to your cellphone using Bluetooth. This means a theoretical maximum range from target to phone of up to about 40 Yards. But – and this is a BIG but – it depends on the Bluetooth capability that’s built-in to your phone.

For most cellphones – like mine – the maximum range for Bluetooth connectivity is 10 Yards. But that’s just fine for our perfect indoor airgun shooting system.

Older phones will probably have a shorter range than newer ones. Again, BadaBang is a system with a performance that’s dependent on both phone and target.

The cellphone app is available in iOS and Android versions from the iTunes store and Google Play. You simply download it like any other app. And it’s free – did I mention that before? 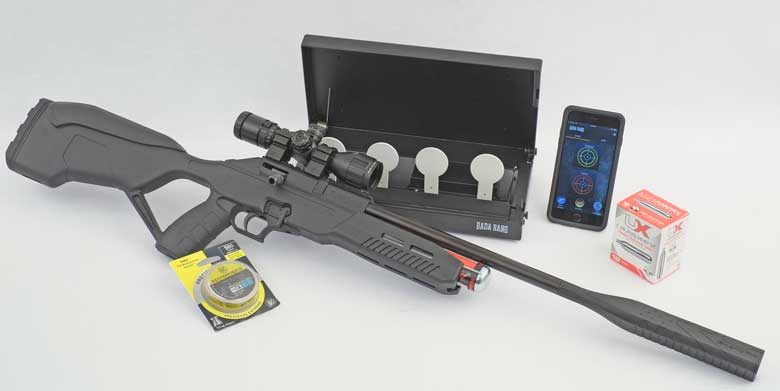 The BadaBang app itself includes target shooting competitions. For example, it records the number of times the target paddle is knocked down and how rapidly. Using standard communications technology, this information can be accessed by another cellphone – and another – and another…

In this way, it’s possible for multiple shooters to compete against each other in an airgun shooting competition – even if they are many miles apart. Even in another country!

Here we have the old-fashioned “postal competition” on steroids. Let’s call it the perfect indoor airgun shooting system for social distancing!

HAM will be taking a much more detailed look at BadaBang in the near future. It’s going to be interesting…